Every car manufacturer in India is popular among customers for one thing that separates them from the others. For example, Maruti Suzuki is known for fuel efficiency, Hyundai and Kia for features and manufacturers like Mahindra and Tata for build quality. Japanese car manufacturer Toyota is known for its reliable engine. We have seen many type 1 Innova owners who are still driving the car without any major issues. There have been Innovas that have done over 10 lakh km on odometer without any issues. Here we have a video that explains why Toyota Innovas are extremely reliable when compared to other cars in the segment.

The video has been uploaded by Talking Cars on their YouTube channel. In this video, the presenters show a 2.5 liter turbocharged diesel engine which was available with Toyota Innova. They explain what makes this engine special from others in the segment. The video explains that this engine is built to purpose. Unlike many modern car engines, this engine does not have too many advanced functions. Toyota has ensured that they got the basics right while building this engine. It gets a cast iron block with aluminum pistons and aluminum head.

Unlike other manufacturers, There was no intention from Toyota to save weight and make engine lighter for better efficiency. The main motive of this particular engine was to last longer. Toyota has also not compromised on the quality of the materials they used in this engine. The connecting rods of the aluminum pistons are strong and build to last longer. Along with basic engineering, Toyota has made minor changes to ensure that the pistons remains cool even when the engine is warm. This results in less wear and tear in longer runs. 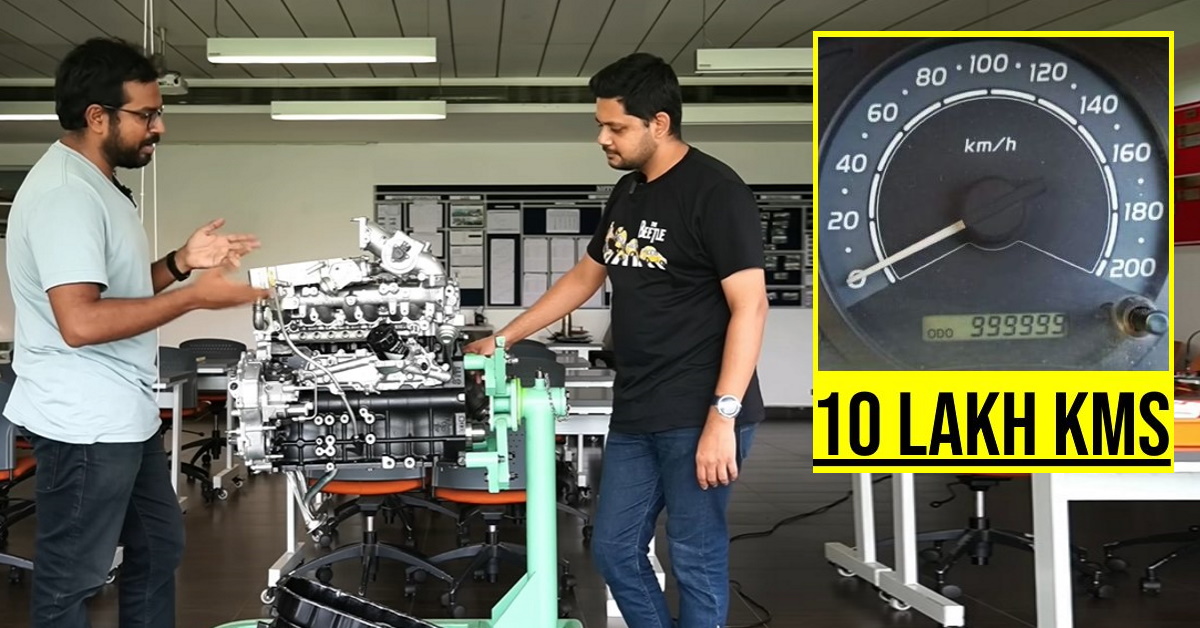 The Toyota Innova is an MPV and the 2.5 liter D4D engine that was offered with the car was meant to generates high torque at low revs. The engine would redline at around 4,400 rpm. Toyota Innova used to generate just over 100 Ps and 200 Nm of peak torque. It was generating relatively less amount of power and torque when compared to other vehicles using a 2.5 liter engine. For example a Maruti Ertiga 1.3 diesel was generating the same amount of torque as the Innova with a smaller engine. Toyota could have tuned the engine to generate more power and torque but, that was never the priority.

The main aim was to keep the engine always at a tune where it is not put through a lot of stress. The moment engine of a car is strained to push out more power and torque, it will start showing signs of errors and won’t last as long as a normal engine. The engine on the Toyota Innova is a good example of how a diesel engine should actually be. The engine used in the Toyota Innova was actually imported from Thailand and the build quality and fit and finish of the engine was way better than what we saw with many modern cars. The quality of the components used, precision and smart engineering is what makes Toyota Innova engine different from others.

Why are Toyota engines extremely reliable