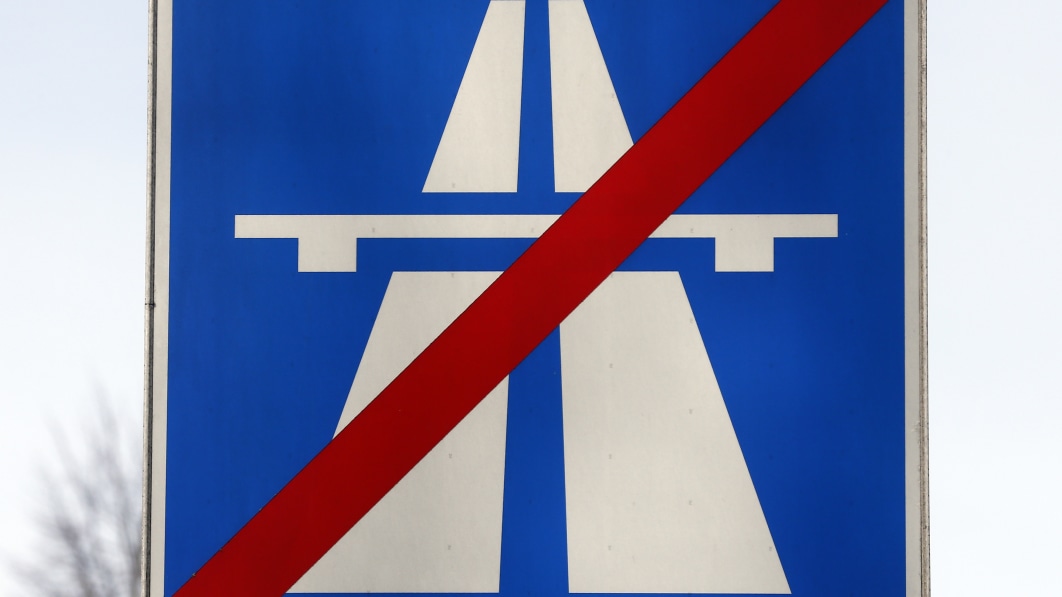 It’s the dream of every car enthusiast to power along not at some posted speed limit, but at the limit of what they and their cars are capable. These days, that’s a lot; modern tech has pushed the performance envelope for new vehicles well beyond what most drivers can achieve.

And while speed limits have relaxed in many parts of the country, most of us are driving slower than we’d like. Why? We’ve accepted congestion as a way of life because we all want to be in our own cars. The automobile is the American way of asserting our freedom and prosperity, allowing us to live where and (to an extent) how we want.

But could we get there faster? It’s a lovely fantasy, long-engrained in the minds of enthusiasts. Dedicated lanes, perhaps? Or even special highways built strictly for high-speed cruising and those who are competent and well-enough equipped to do it. But that’s what the interstate system already is — as it is in Germany. So why can’t we use it the same way?

Simply put, we’ve willfully abandoned every pillar upon which an unlimited-speed highway system could be established. An American autobahn would require us to not only choose differently at the ballot box, but completely change the way we think about getting around. Our infrastructure is in no shape for it — and not just the physical infrastructure of roads, bridges and tunnels.

I’m speaking, of course, of driver training. Our drivers couldn’t handle an autobahn. Driver education in America is a joke because it has to be; it operates on the premise that driving is a necessity in most parts of the country. To deny an American a license is to deny them basic productivity. If you can’t drive, how are you going to put food on your table? So anybody who shows up to “class” can (and likely will) get a license.

And we couldn’t simply have tiered licenses, with those who want to drive fast earning an advanced, high-speed license. The entire population would need to be trained to handle faster traffic. Lane discipline, for example, would have to exist for this to work, and I can promise you that a true application of that term is foreign to many who are reading this column — even on a site geared toward automotive enthusiasts.

Driving on Germany’s autobahn requires no special certification; you can swing by a rental car counter in Munich, show your US license and be on your way. They probably won’t give you a manual or a diesel (lest you fill it with gasoline) but beyond that, game on! So why is that OK in Germany and not here? Is it because Germans are inherently smarter and brimming with innate spatial awareness? No. It’s because by and large crappy drivers in Germany don’t drive.

They don’t have to because they enjoy the benefits of a robust mass transit system. Commuting by rail, bus, tram, bike or foot is realistic in Europe because it is widespread, safe and reliable. Conversely, Americans who would otherwise have no interest in car ownership are compelled to get behind the wheel every day to commute to work. They’re all around you, panicking on bridges, freezing at intersections, driving off the road because a spider appeared on the dashboard, or going 25 mph under the limit in a light mist because they haven’t replaced their windshield wipers in six years . Millions of them.

Some will opine that a robust transit infrastructure is antithetical to American ideals of “freedom” or “individualism” — but we all know the real problem is that it would probably raise your taxes — something our suburban development pattern seeks to avoid at all costs. Ironically, the suburb as we know it today exists because of mass transit. Don’t believe me? Take the Motor City for example.

Detroit’s great radial avenues were designed around and for mass transit. Horse-drawn and (later) electric streetcars helped working-class Detroiters move out of flats and into the single-family homes that sprung up on farm and forest land surrounding the city’s dense urban core. Interurban rail lines turned upward growth into outward spread. The car came after, democratizing and decentralizing the act of commuting and in the process turning a somewhat organized transit hierarchy on its head and rendering obsolete entire generations of infrastructure development.

Transit is as politically unsexy as it gets. A rail system doesn’t get built in a single term. Why campaign for something you may not even live to see implemented, much less get reelected for? You can’t run on the success of something that isn’t finished. “Vote for me; I’ll take hundreds of millions from your wallets and you won’t see results for a decade!”

and it is expensive. So are roads, and that’s a harsh reality that helps drive suburban sprawl. New construction is often incentivized or outright subsidized. Repair and maintenance are not. Why pay for new taxes on top of property upkeep in an older suburb when you can simply pick up and move somewhere newer and cheaper where the development aid is still coming in? It’s no wonder so many Americans throw money away leasing cars; we’ve been doing the same thing with neighborhoods for nearly a century.

This leapfrogging has led to a pattern of urban and (increasingly) suburban decay. In areas with few economic safety nets (Detroit being a one-industry town for so long, for instance), this manifests as rings of blight surrounding an urban center. The better-off move farther out and the poor backfill where and how they can. Meanwhile, we keep driving farther and farther in search of an ideal ephemeral suburb.

The autobahn is in many ways the distilled essence of this formula; not only does it offer the basic allure of automotive freedom, but it tickles our dormant fantasies about capitalistic meritocracy. The harder you work, the more car you can buy. What we’re learning now is that society can only leave the working class so far behind before it becomes unsustainable. We tell ourselves that people don’t want to work, but the reality is that many cannot afford to. Think about that for a moment.

Imagine not being able to afford to commute. Some of you may not need your imagination, especially in light of recent gas price spikes. Saying that there is demand for an American autobahn is like saying Michael Scott is a bankruptcy expert. The trick is that “demanding” something means more than just shouting really loudly or even voting regularly; you actually have to pay for it. Education costs money. Roads cost money. Transit costs money. Before we can do any of it faster, we’d need to do it at all — and be willing to pay for it.