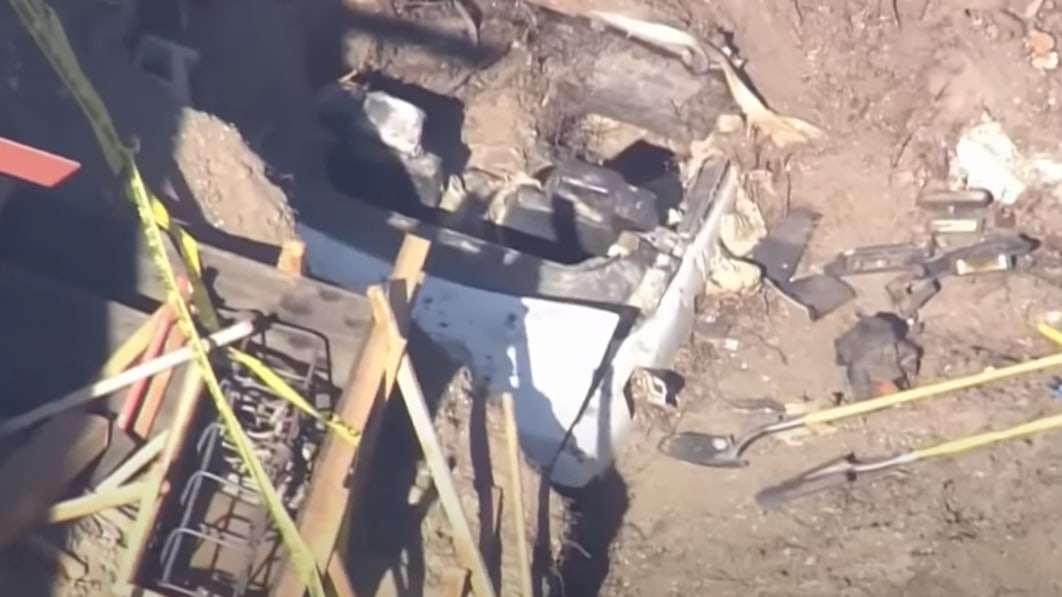 The mystery surrounding the burial of a stolen Mercedes-Benz next to a California mansion deepened this week when it was learned that the man who built the house had an interesting criminal history — serving time on murder and attempted murder convictions.

Meanwhile, police in Atherton, Calif., said that no human or any suspicious evidence was found in the white Mercedes convertible after it was excavated this past weekend from a yard and remains transported to the San Mateo County Crime Lab for inspection.

Last Thursday, landscapers discovered the car buried about five feet underground and loaded with bags of concrete. Police believe the car was buried at around the same time it was reported stolen in Palo Alto in September 1992.

The mansion, valued at $15 million, was built by Johnny Lew, a man with a history of arrests for murder, attempted murder and insurance fraud, his daughter, Jacq Searle, told the San Francisco Chronicle.

Atherton Police Cmdr. Daniel Larsen told the Chronicle investigators had heard about Lew, “but we have not confirmed through our sources that he in fact owned” the Mercedes.

In 1966, Lew was found guilty of murdering a 21-year-old woman in Los Angeles County. He was released from prison after the California Supreme Court reversed the conviction in 1968, citing hearsay evidence that should not have been allowed at trial, the Chronicle reported, citing court records.

Records showed that in 1977, Lew was convicted of two counts of attempted murder, also in Los Angeles County, and spent three years in prison.

In the late 1990s, Lew was arrested for insurance fraud after he was hired undercover police officers to take a $1.2 million, 56-foot yacht “out west of the Golden Gate Bridge into international waters and put it on the bottom,” the Chronicle reported. The cops hid the boat and told Lew they’d sunk it.

Searle said she spent her childhood and teenage years visiting her father as he went in and out of prison. The only thing she said that might hint to why he’d bury a car: “My father definitely had emotional issues … this wouldn’t surprise me, just based on how sketchy my father was.”

That Mercedes buried at a mansion? No human remains, but an interesting tale