Last month, we reported about a Skoda Slavia that caught fire while parked in the basement. The incident happened in June and finally, the owner received a new car from the brand.

The resolution comes four months after the incident. The owner Abhishek Bhatia also claims that Skoda officials took action only after the videos and posts of the incident became viral on the Internet.

Skoda Slavia caught fire on its own

According to the owner, he parked the car at 10 PM at night and at around 3 AM, it caught fire on its own. The incident happened in June earlier this year but the videos came out just now. In the video, Abhishek Bhatia shows the Slavia parked in the basement.

The owner claimed that the Skoda Slavia’s security alarms went off around the same time. That’s when the guard woke up the family. According to the owner, there were multiple blasts in the car and the fire was out of control. The owner used multiple fire extinguishers and even fire tried but could not bring the fire under control. 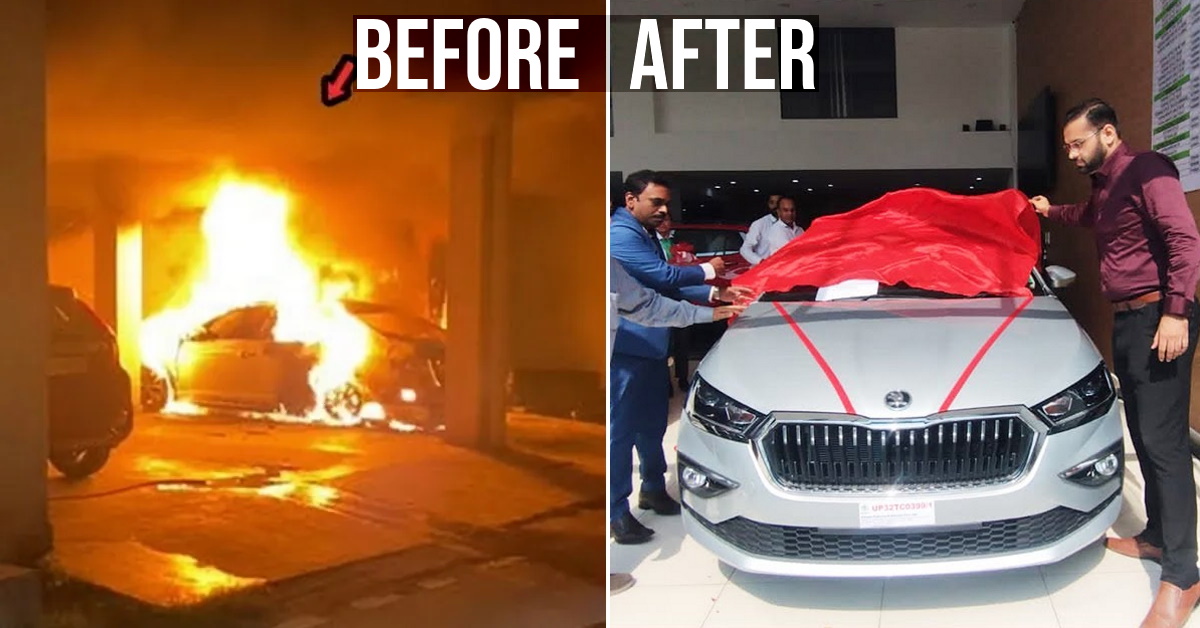 The car was registered in March and the odometer reading indicates that the vehicle has done only 4,000 km. Abhishek claims that he posted the video on Twitter but Skoda officials requested him to take down the video. He took down the video after multiple requests.

Skoda India team also came to inspect the vehicle but did not take any action. Abhishek Bhatia also said that there were no external modifications or accessories installed in the vehicle. It is the top-end variant of the car.

Car catching fire is a major incident. However, till now, this is the only recorded incident of the Skoda Slavic catching fire. There can be multiple reasons behind the fire.

Designed and engineered with the MQB A0-IN platform as the base, the new Skoda Slavia came in as a replacement for the popular Rapid. Since its arrival, the Slavia has shown its mettle as yet another popular selling model from Skoda. Launched as a petrol-only sedan, the new Skoda Slavia is available with two petrol engine options – a 1.0-litre three-cylinder turbocharged 115 PS engine and a 1.5-litre four-cylinder turbocharged petrol engine.

Skoda replaces the Slavia for free after it catches fire