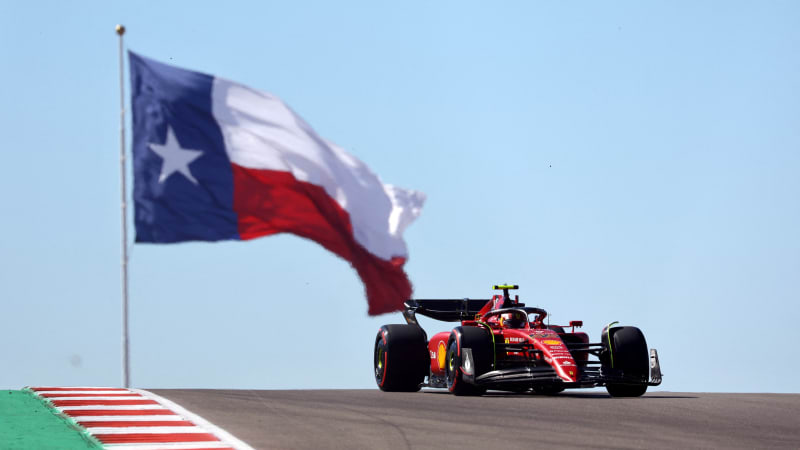 The Spaniard lapped the Circuit of the Americas with a quickest time of one minute 36,857 seconds and Dutch 25-year-old Verstappen, who won the Formula One world title in Japan this month, 0.224 slower.

Verstappen won last year in Texas and another victory with fastest lap on Sunday would secure Red Bull’s first constructors’ title since 2013. It would also equal the record for most wins by a driver in a single season, lifting Verstappen alongside Michael Schumacher and Sebastian Vettel on 13.

The champion was not entirely happy in the session, however, complaining that “there must be something wrong with the car because there is no front end in low speed.”

Ferrari reserve Antonio Giovinazzi took the place of Kevin Magnussen at Haas, but the Italian lasted barely eight minutes before he crunched into the Tecpro barrier to end his session. Haas said the clutch was burned out and a gearbox change was likely before Magnussen returned for practice two.

“On your third lap to put it in the wall is not fantastic,” commented team boss Guenther Steiner, who has yet to name Magnussen’s team mate for 2023 with Mick Schumacher’s future uncertain.

Five drivers replaced race regulars for the session, with four of them making their grand prix weekend debuts.

They included 2021 IndyCar champion Alex Palou at McLaren in Daniel Ricciardo’s car. Israeli Robert Shwartzman, who previously raced as a Russian in lower categories, was the fastest of the bunch in 16th place as stand-in for Charles Leclerc at Ferrari. French teenager Theo Pourchaire was given track time by Alfa Romeo, ahead of a reserve role next season, while 21-year-old American Logan Sargeant drove for Williams while Canadian Nicholas Latifi sat out the session.

Sainz fastest for Ferrari at first US Grand Prix practice