Apart from the driving laws, there’s a lot to differentiate between the driving style and ethics in India when compared to other developed countries. Indian drivers are infamous for their irresponsible and careless driving practices, as a result of which cases of road rage and accidents have hit an all-time high recently. Here, we see a comparison of the driving ethics and rules of India and another developed nation which follows the right-hand drive rule, the United Kingdom.

In a YouTube video uploaded by DGN Driving School, the presenter, who happens to operate a driving institute in the United Kingdom, compares the driving ethics of his nation to that of India, while he was on a visit to India. In the video, he is seen being accompanied by a driving instructor from India while being driven by him on the roads of Punjab. The entire video is swarmed with comparisons of driving rules of India and the United Kingdom, with the UK driving instructor describing the driving ethics of his Indian counterpart as very different.

What are the driving rules in UK and India?

The instructor highlights rules in his home country the UK and we will compare the same with India. The Indian rules of the road are taken from the official website of the Transport Department, Government of NCT of Delhi. 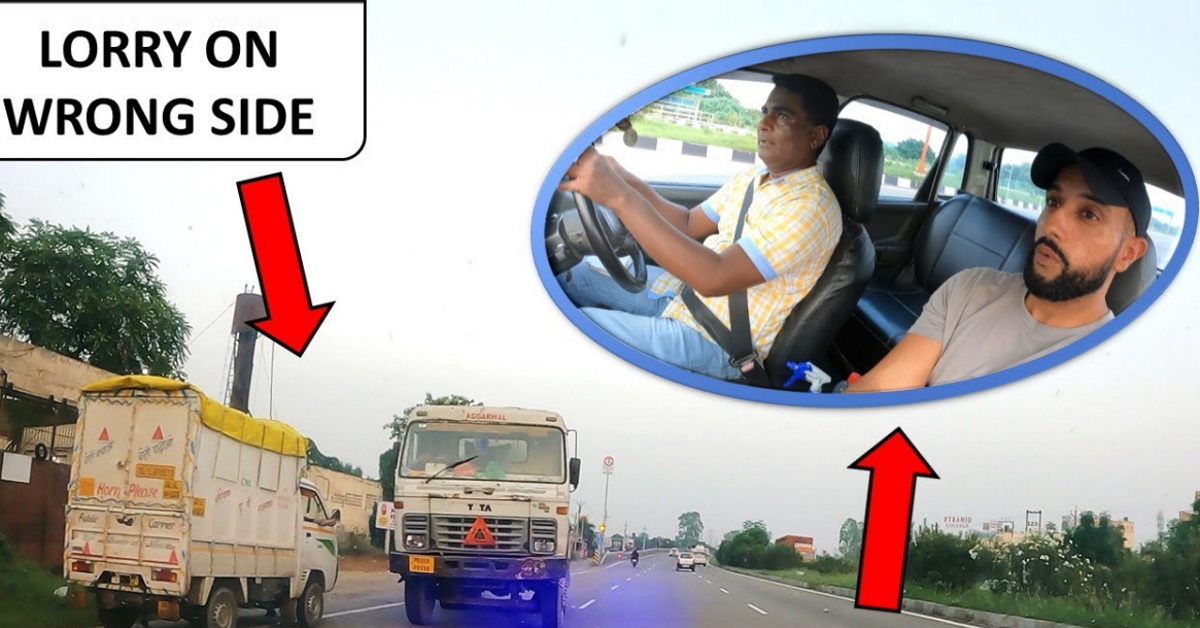 Before the start of the drive, the UK driving instructor points out the carelessness of the Indian driver in his observations before reversing the vehicle. The Indian driver does not check out the left and right-hand sides and side mirrors before reversing his vehicle, but only the inside rearview mirror. After the drive starts, he points out how dangerously closer he is to the other motorists on the road while overtaking them.

The video follows the unnecessary honking of a car driver behind them in an attempt to overtake them but ends up stopping his vehicle on the side of the road without bypassing them. The UK driving instructor also points out the mistake of his Indian counterpart while taking a left turn. During this situation, the Indian driver failed to stick to the left inner side of the road, allowing other motorists to overtake him from the wrong side.

The UK driving instructor also points out how common it is for vehicles to be driven on the wrong side, which is a strict no-no in the UK. His Indian counterpart also explains to him how it is not allowed to honk in residential areas, which is usually not followed by Indian motorists.

Easiest to get Indian Driving License?

About 13 years ago, Top Gear UK did a piece on how it is extremely easy to get a driving license in India. The instructor does not check for much and you can get a license even if you can simply drive around without following the rules. Things have somewhat changed since then, especially in metropolitan cities. Now places like Delhi have automated driving tests where the scoring is done automatically. While the rest of India still gets away without stringent driving tests, we are ought to see better, much stiffer rules in the future.