Last week, it emerged that the Hyundai i20 Diesel would soon be discontinued from the Indian market as the stricter Real Time Driving Emission (RDE) norms come into place from 2023. While the i20 Diesel would become a petrol-only car once this happens, questions were raised about other Hyundai cars, which essentially used the same 1.5 liter turbo diesel engine that’s fitted to the i20. We can now confirm that bigger Hyundai cars will continue to be offered with diesel engines in the Indian car market. These cars include the Venue sub-4 meter compact SUV, the Creta compact SUV, the Alcazar mid-size SUV and the Tucson premium SUV. Notably, all SUVs that Hyundai currently sells in India will continue to be offered with diesel engines even after RDE comes in. 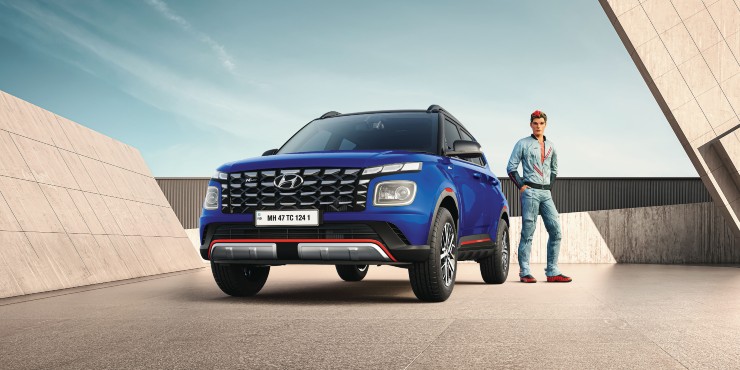 Why is Hyundai discontinuing diesels only on its small cars?

Costs, and demands! Stricter RDE emissions mean that Hyundai will have to equip its diesel powered cars with Selective Catalytic Reduction (SCR) units, and this will make diesel powered cars more expensive. Adding SCR to cars such as the Hyundai i20 and Grand i10 NIOS will make them too pricey for most buyers. Also, demand for diesel powered variants among hatchbacks such as the i20 and Grand i10 NIOS is currently less than 10% of total sales. This makes it unattractive for Hyundai to put the time, resources and effort to get diesel versions of these cars to comply with RDE.

Also read: Hyundai i20 modified to look like an N Line version

On the other hand, the Venue – a similarly sized car – gets 35% of its sales from diesel variant. This makes it important for Hyundai to go the extra mile and make the diesel Venue comply with RDE. Going forward, the 1.5 liter-4 cylinder diesel engine, which is currently offered in 100 PS-240 Nm and 115 PS-250 Nm states of tune, could be made available with only one state of tune: 115 PS-250 Nm. So, for the extra money that the buyer will pay for a RDE compliant diesel Hyundai car, she/he will get better performance, and this is a trade-off that may go down well with buyers.

As things stand today, the writing seems to be on the wall for diesel engines in the Indian car market. Slowly but steadily, there is a decline in diesel powered cars. Both buyers and car makers are pushing turbo petrol, CNG, strong hybrids and even electric cars. Government regulations haven’t helped the diesel engine’s cause as Delhi-NCR now has a ban on diesel cars that are 10 years old, and more states are likely to come up with such legislations.

The strong hybrid engine (combination of petrol and electric propulsion) is likely to be the direct alternative to the diesel engine. Already, a start has been made in cars such as the Maruti Grand Vitara and Toyota Hyryder, whose strong hybrid powertrains offer diesel-beating fuel efficiency even in automatic trims. We expect more automakers to launch strong hybrid engines in the next 5 years, after which electric cars and hydrogen cars may take over.