Foxconn is moving ahead with its plan to manufacture cars as well as iPhones.

The Taiwanese company best known as an Apple contract manufacturer recently unveiled its first production EV, which is scheduled to start deliveries in Taiwan in the second half of 2023. It also fully revealed two prototype EVs under its Foxtron automotive brand, which makes for five prototypes in the past 24 months, Foxconn noted in a press release. 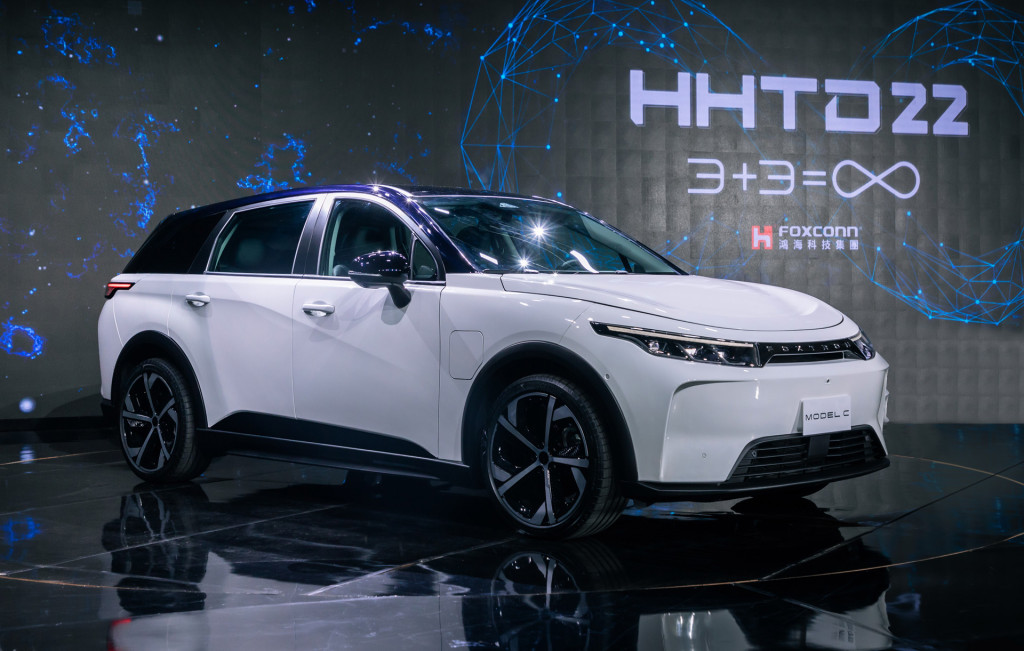 The first production model is the Foxtron Model C crossover, which was first shown in prototype form almost exactly a year ago. It features a drag coefficient of 0.28, 0-62 mph acceleration in 3.8 seconds, and an estimated range of about 435 miles.

The Model C is based on Foxconn’s MIH platform, which the company unveiled in 2020. At the time, Foxconn said it envisioned the platform as “the Android system of the EV industry,” with an open-source ethos similar to Google’s Android operating system for smartphones. 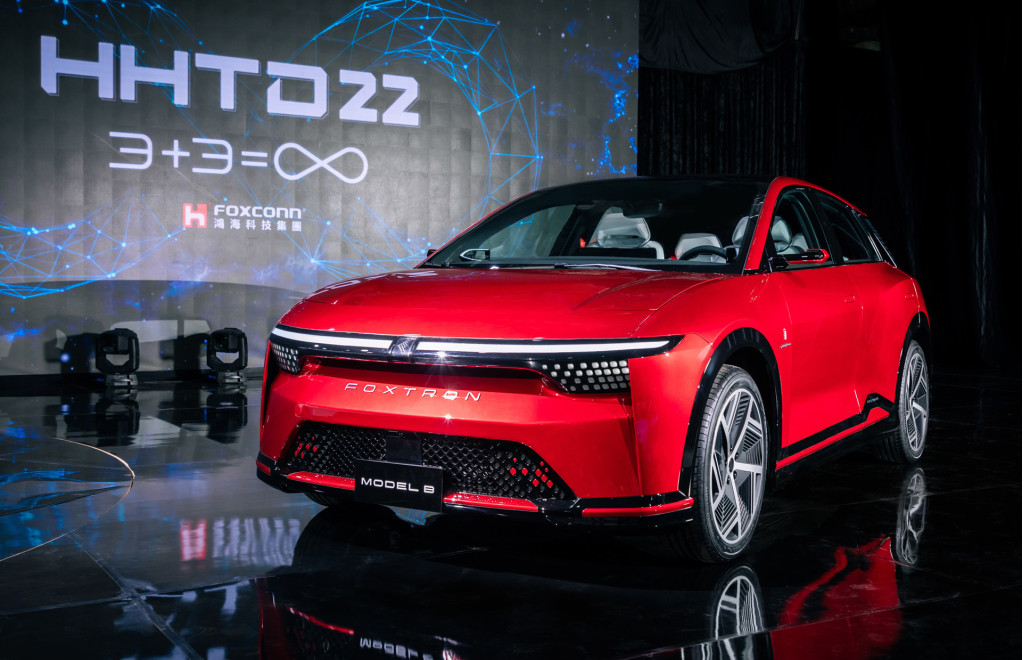 Alongside the production Model C, the company also showed the prototype Model B hatchback, which the company teased earlier this month. At 169.2 inches long with a 110.2-inch wheelbase, the Model B is roughly between the Volkswagen ID.4 and Nissan Leaf in size. Foxconn quotes a 0.26 coefficient of drag and a 450-mile range.

The final reveal was the Foxtron Model V pickup truck, which had also been briefly teased earlier this month. Foxconn didn’t provide much detail on this vehicle, but Lordstown Motors confirmed to Green Car Reports that the Model V is unrelated to the Lordstown Endurance pickup truck, Foxconn is building for Lordstown in Ohio.

The Ohio factory was originally acquired by Lordstown from General Motors. Lordstown had intended to manufacture the Endurance and other vehicles itself, but after financial difficulties it sold the factory to Foxconn and entered into a contract-manufacturing deal with the Taiwanese company.

Lordstown isn’t the only client for Foxconn’s Ohio factory. The company is also expected to manufacture the IndiEV One and Fisker Pear compact EVs, and even a self-driving electric tractor. But while Foxconn-manufactured vehicles seem on track to appear in the United States, it’s unclear if the company will sell any of its own Foxtron-branded EVs here.