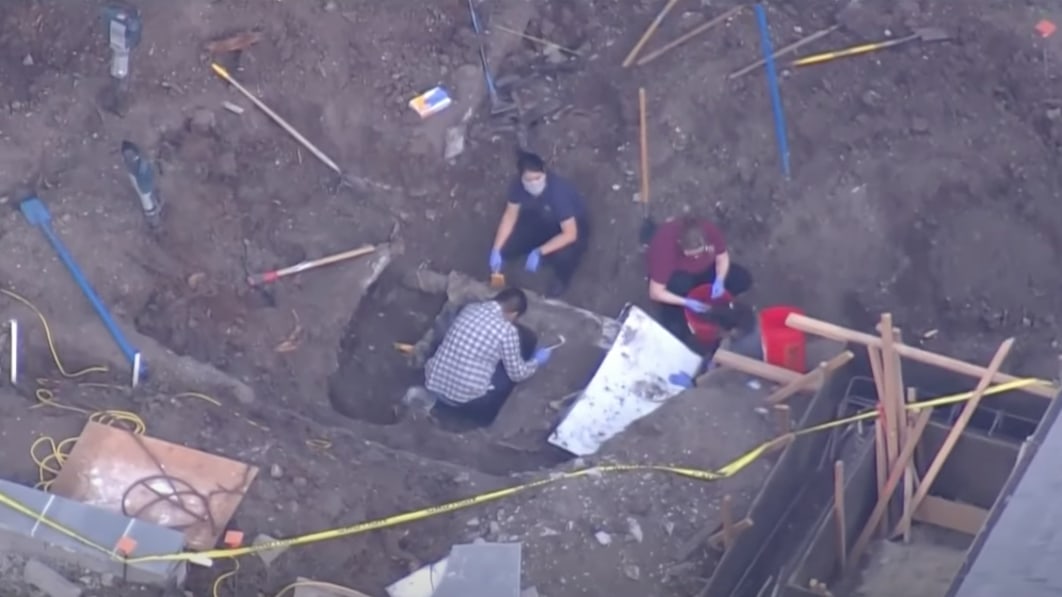 ATHERTON, Calif. — Police are digging into why someone buried a car in the yard of a multi-million dollar Northern California home in the 1990s and left unused bags of concrete inside.

The car was discovered Thursday morning by landscapers in the affluent town of Atherton in Silicon Valley, police said in a news release.

Cadaver dogs alerted to possible human remains, but none had been found more than 12 hours after the car was recovered, according to Atherton Police Cmdr. Daniel Larsen.

Police believe the car was buried 4 to 5 feet (1.2 to 1.5 meters) deep in the 1990s — before the current owners bought the home — but Larsen would not say what led detectives to that conclusion.

The unused bags of concrete were placed throughout the vehicle, though it was blanketed by dirt over the roof, he said.

The sprawling home and property is valued at $15 million, The San Francisco Chronicle reported. Larsen said the current homeowners were not under investigation.

Atherton is one of the wealthiest towns in the US, with about 7,000 residents within its nearly 5 square miles (13 square kilometers). Among the enclave’s past and current homeowners: Microsoft co-founder Paul Allen, Facebook executives Nick Clegg and Sheryl Sandberg, Lindsey Buckingham of Fleetwood Mac, and the NBA’s Steph Curry.