You must have seen various instances in which you might have been stopped by police at a traffic signal to clear the way for a convoy of a politician or a VIP. However, there are very few instances in which politicians behave just like any other ordinary citizen of India. In one such rare example, the Member of Parliament (MP) from Maharashtra, Mrs Supriya Sule, was seen clearing a traffic jam in one of the bustling highways of Maharashtra.

The entire video of Mrs Sule clearing a traffic jam was uploaded on the Facebook page of ‘Punekar News’, which soon went viral for the unusual scene of a politician joining the common people on the roads to clear a traffic jam. In the video, Mrs Sule is seen interacting with people stuck in a traffic jam on the Hadapsar-Saswat Road in Pune, which often remains congested in the crowded hours with peak traffic due to office hours. 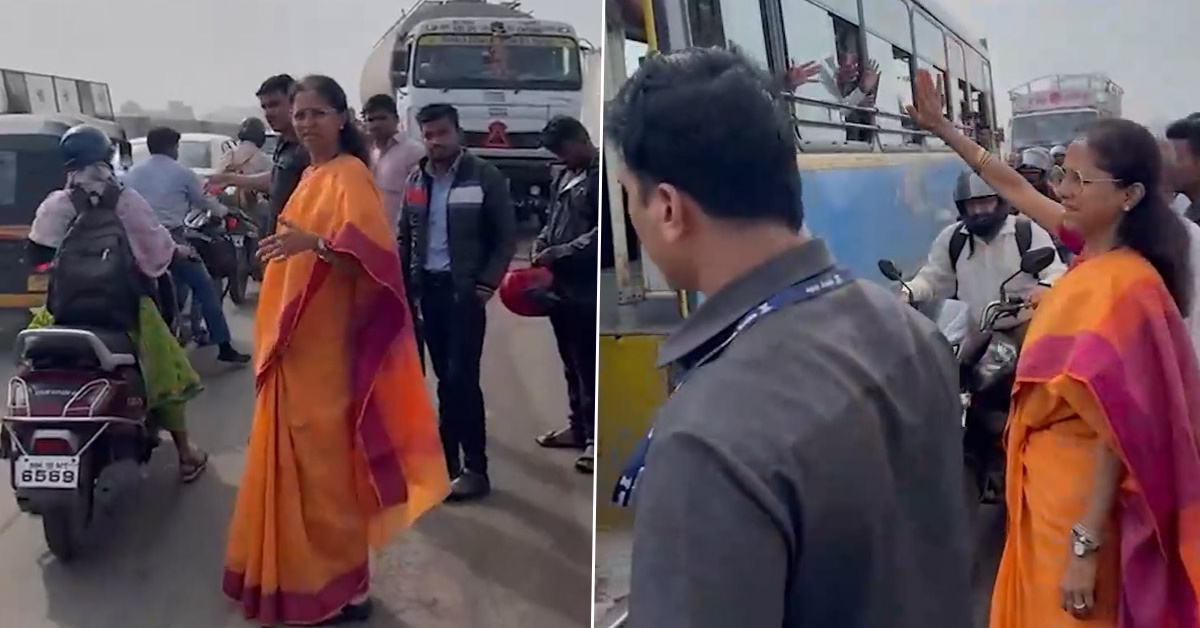 Several motorists have complained about the unorganized traffic jams on this road, which have become a concern disrupting the movement of vehicles on the road.

At the end of the video, we can see that the traffic jam happened because a truck broke down in the middle of the road, causing a stoppage of traffic from both ways of the road. After consistent efforts, the traffic finally got cleared with many passers-by thanking the MP for her efforts.

Several netizens are praising the efforts of Mrs. Supriya Sule for fulfilling her duties as a member of parliament through direct interactions with the public. However, at the same time, many netizens also criticized the ‘fake’ actions of the MP, saying that all these interactions were staged and the video was filmed only to gain attention on social media.

However, those who are regular motorists on the Hadapsar-Saswat road will agree that it often remains congested and requires a proper organized flow of traffic every time.

It sure is a great step taken by the politician to tackle the situation. In the past, we have seen many common people suffering in long traffic jams due to VIP movements across the country. More politicians should take such initiatives and ensure a smooth traffic movement by traveling in smaller convoys.