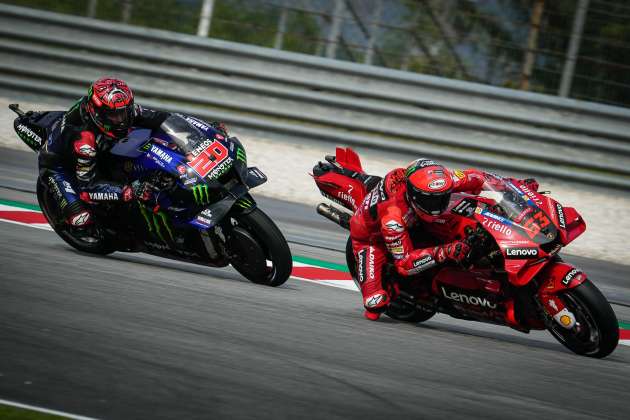 Taking things down to the wire is Francesco Bagnaia of Ducati Lenovo Team winning the 2022 Petronas Grand Prix of Malaysia at Sepang International Circuit. Coming to Sepang with a lead over Fabio Quartararo of Monster Energy Yamaha in the riders’ championship, Bagnaia had a ding-dong battle with compatriot Enea Bastianini of Gresini Racing MotoGP.

At the start, it was Jorge Martin of Prima Pramac Ducati on pole, coming off his scoring 1’57.790 qualifying time on Saturday. However, things didn’t go his way as Martin came off in turn 5. This left Bastianini and Bagnaia, who went from ninth to second at the start, as the two lead Ducati Desmosedicis.

Meanwhile, Quartararo, having started in in twelfth position on the grid, quickly slipped past the riders in front to take fifth in the first few laps. Eventually making his way to third, Quartararo slotted in third behind the race leaders Bagnaia and Bastianini.

With most expecting a challenge from the Frenchman, it was not to be as the leading Ducati pair simply never let off the pace. With no team orders in play, both Bastianini and Bagnaia were gunning for the win. 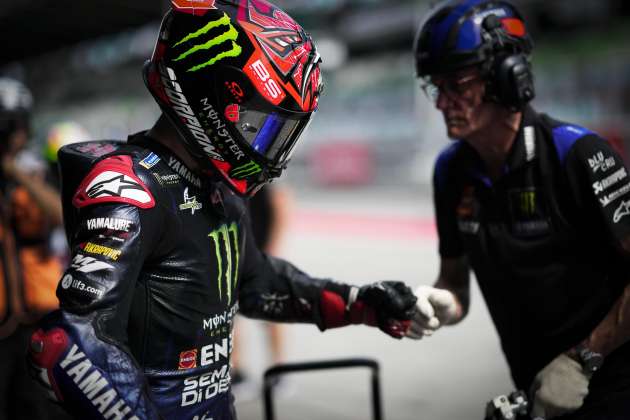 At the checked flag, Bagnaia came across the line first – his seventh win of the 2022 MotoGP season – followed by Bastianini while Quaratararo went easy on the throttle a little to preserve his third place and resumes the battle at a later date. With the final race in Valencia, Spain happening November 6, the riders’ championship table has Bagnaia on top with 258 points while Quartararo finished with 235.

Aleix Espargaro of Aprilia Racing is third with 212 points and Bastianini, after his efforts and second place at Sepang, has 211. Right now, barring the unforeseen, it comes down to the Motel Grand Prix of Valencia to see who is crown 2022 MotoGP World Champions.