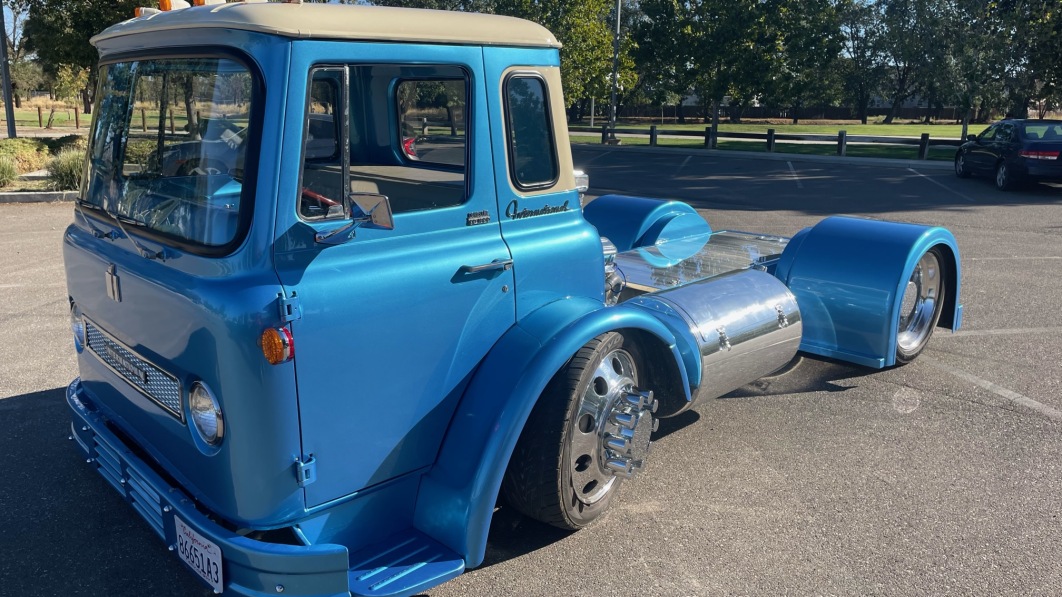 Hot Wheels is thinking big for its line of 1/64-scale cars: it selected a 1969 International-Harvester CO1800 as a finalist in the 2022 Legends Tour. The semi truck was apparently brought back from the dead with a Chevrolet-sourced V8 engine and a long list of modifications.

Keith Johnston of Corning, Calif., found the CO1800’s cab in a metal recycler’s yard, according to Hot Wheels. Most would have left it there, but Johnston saw it as the perfect starting point to build his dream truck. He spent two years rebuilding it with a custom air suspension system, disc brakes and 22-inch wheels. Power comes from a 454-cubic-inch (7.4-liter) V8 bolted to a three-speed automatic transmission.

With the drivetrain sorted, Johnston turned his attention to the exterior. He painted the cab, the body panels and the frame in a shade of blue sourced from the 2017 Dodge Charger palette and added beige-colored accents for a touch of contrast. The two-tone look extends to the interior with blue paint on the dashboard and beige upholstery on the bench seat and in the footwells. Mahogany trim and a wood-rimmed steering wheel with four bright spokes add a finishing touch to the look, and the center console houses several aftermarket switches.

Johnston’s CO1800 will move on to one of the semifinal rounds scheduled for later in 2022. If it wins, it will compete for the chance to join the Hot Wheels catalog of scale models and get distributed worldwide. Earning this honor will be easier said than done: 2022’s semifinalists include a Buick V8-powered 1956 Volkswagen Beetle, and a 3,000-horsepower, Porsche 928-based dragster, among other wild one-offs.